Who is the Enemy and who will be the Winner? 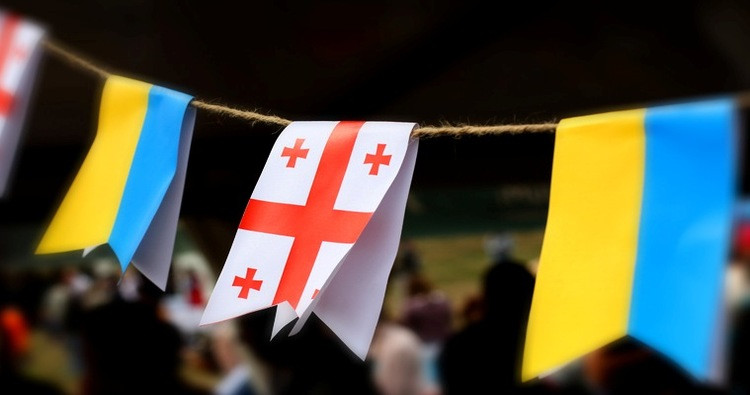 The air had long been filled with the smell of gunpowder, and the whole world was anxiously waiting for what would happen, but in the morning of February 24, it came as a surprise - Russian troops invaded Ukraine and launched the large-scale hostilities. The last drop of hope that common sense would prevail over ambitions of "big-country", was lost. The "demilitarization and denationalization" of Ukraine, dubbed as a special operation, tuned out a ruthless and aggressive war against a sovereign country for two weeks now.

The war in Ukraine is of the highest interest and excitement in Georgia, where the protests in support of Ukraine, the organization of humanitarian aid, and various acts of solidarity keep continuing. On the one hand, the perception of sharing a similar fate and common threats and on the other hand, the unprecedented fighting spirit and heroism of individual people vastly demonstrated by the Ukrainians have brought this war very close even to ordinary Georgians and made it a part of everyday life.

ACT could not stay away from the hot topics in the country and polled the population with regards to the Russia-Ukraine war. The research aimed to find out how our fellow citizens see this war, what are their expectations like, and how can be valued the level of solidarity towards the parties involved in the war. The telephone survey was conducted on March 4-6, 2022 and it covered 809 respondents. The sampling error is 4.2%.

Though we are accustomed to the endless polarization of views of the population regarding current internal issues and events, The war of Russia with Ukraine revealed the unanimous and clear position of Georgians. The consensus regarding this war is being demonstrated in a way never seen before.

And yet, who is Russia?

The vast majority of the population - 84% - openly state that "Russia is the enemy." The number of those who do not share this opinion does not exceed 11%. Russia is perceived absolute unanimously in Georgia, which leaves no questions about its aggressive nature. A surprisingly large number of people sharing this attitude leads us to the thought that this issue overgrew the internal controversy and united the people having different views. 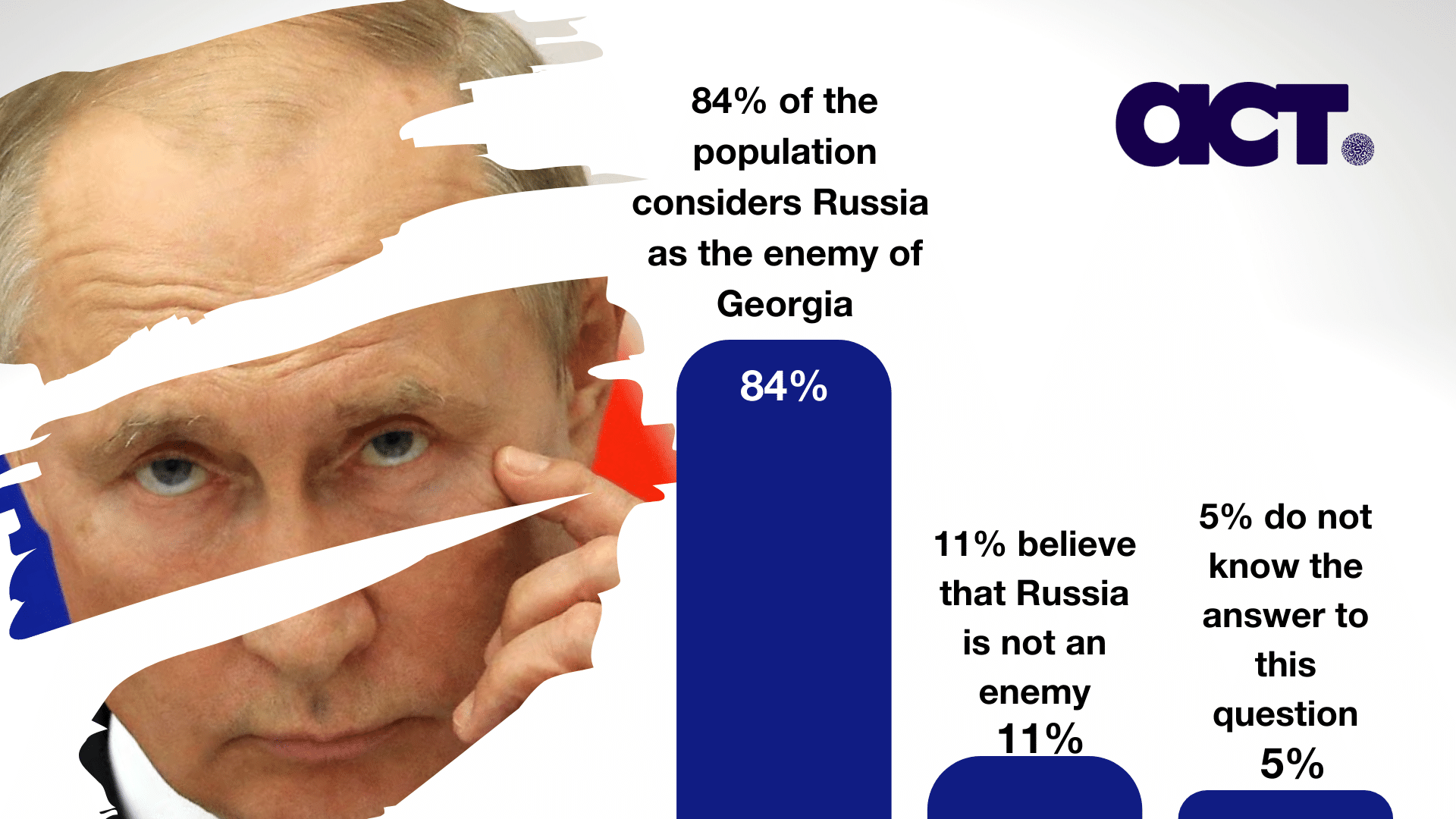 The vast majority of the country's population (91%) has no doubt that the developments taking place in Ukraine are nothing but a war crime committed by Russia. It is clear, that the position of Georgians is unanimous and solid regarding where the truth rests. 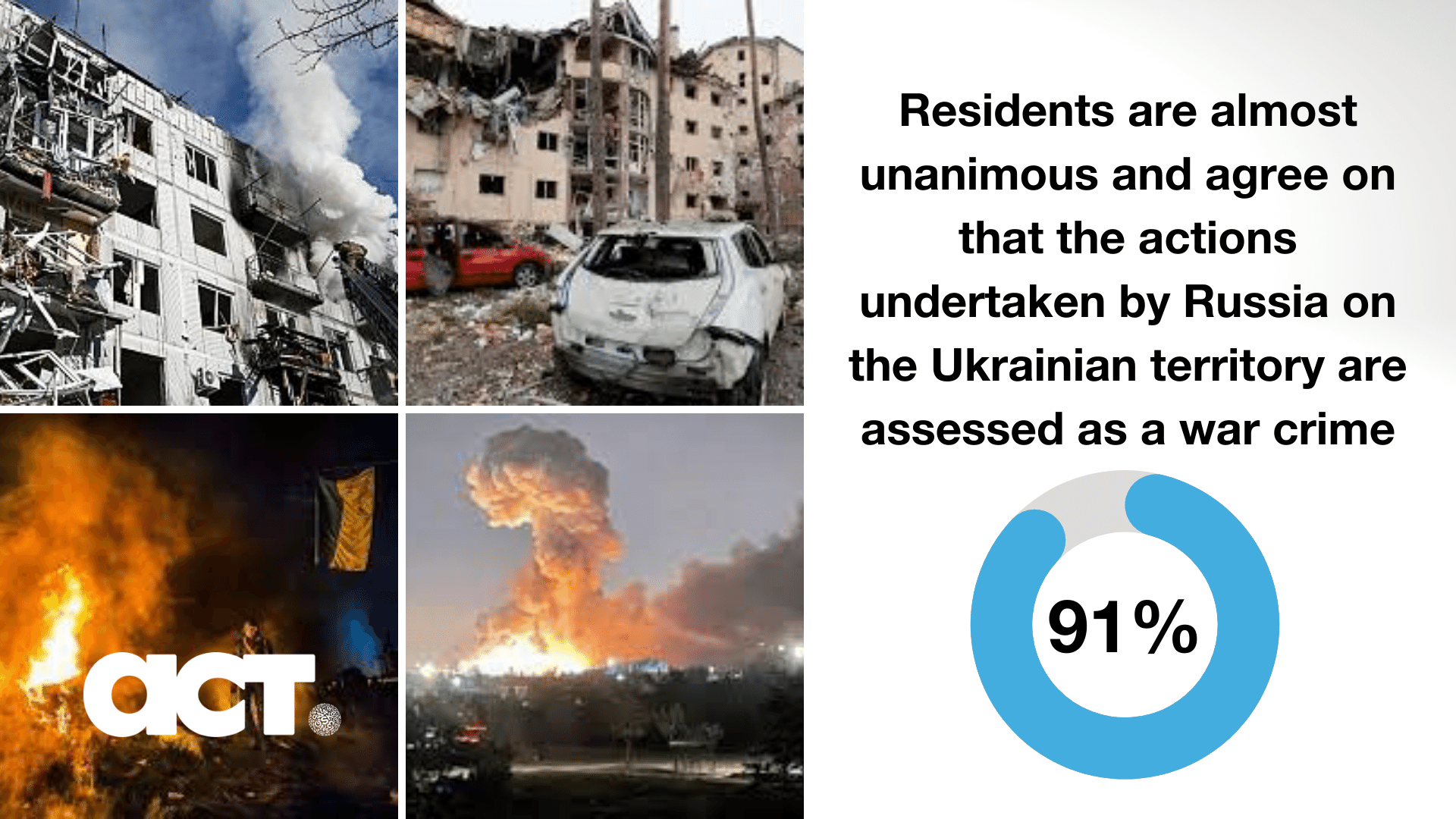 How can things develop in Ukraine?

The survey shows that at least half of the country's population (49%) did not expect Russia to start a war and invade Ukrainian territory. 17% expected hostilities only on the territory earlier occupied by Russia or in their vicinity, and one out of three respondents expected that the war would extend to the entire territory of Ukraine, including Kyiv (31%).

Every 2 out of 3 respondents predict the victory of Ukraine in this war (63%), while 12% seem more pessimistic for Ukraine and expect that Russia may win. One out of five respondents is confused and has no decent answer to this question (20%). Some believe that there cannot be any winner in this war (5%).

9 out of 10 respondents strongly support Ukraine and wish to witness Ukraine‘s victory in this war (88%). The extremely small number of the country's population - 1% - is wishing Russia’s victory.

How may the Russian-Ukrainian war impact Georgia?

The results of the research prove that the war initiated by Russia on the territory of Ukraine is the most sensitive and painful topic for Georgians. Almost all respondents believe that the current developments taking place in Ukraine are completely or partially related to Georgia (96%). According to the research, it is difficult to argue that when answering this particular question, the respondents meant any political, economic, military, or another type of impact on the country, although it's clear, that for them this war is not a thing happening somewhere far distanced from their country having no links and echoes. 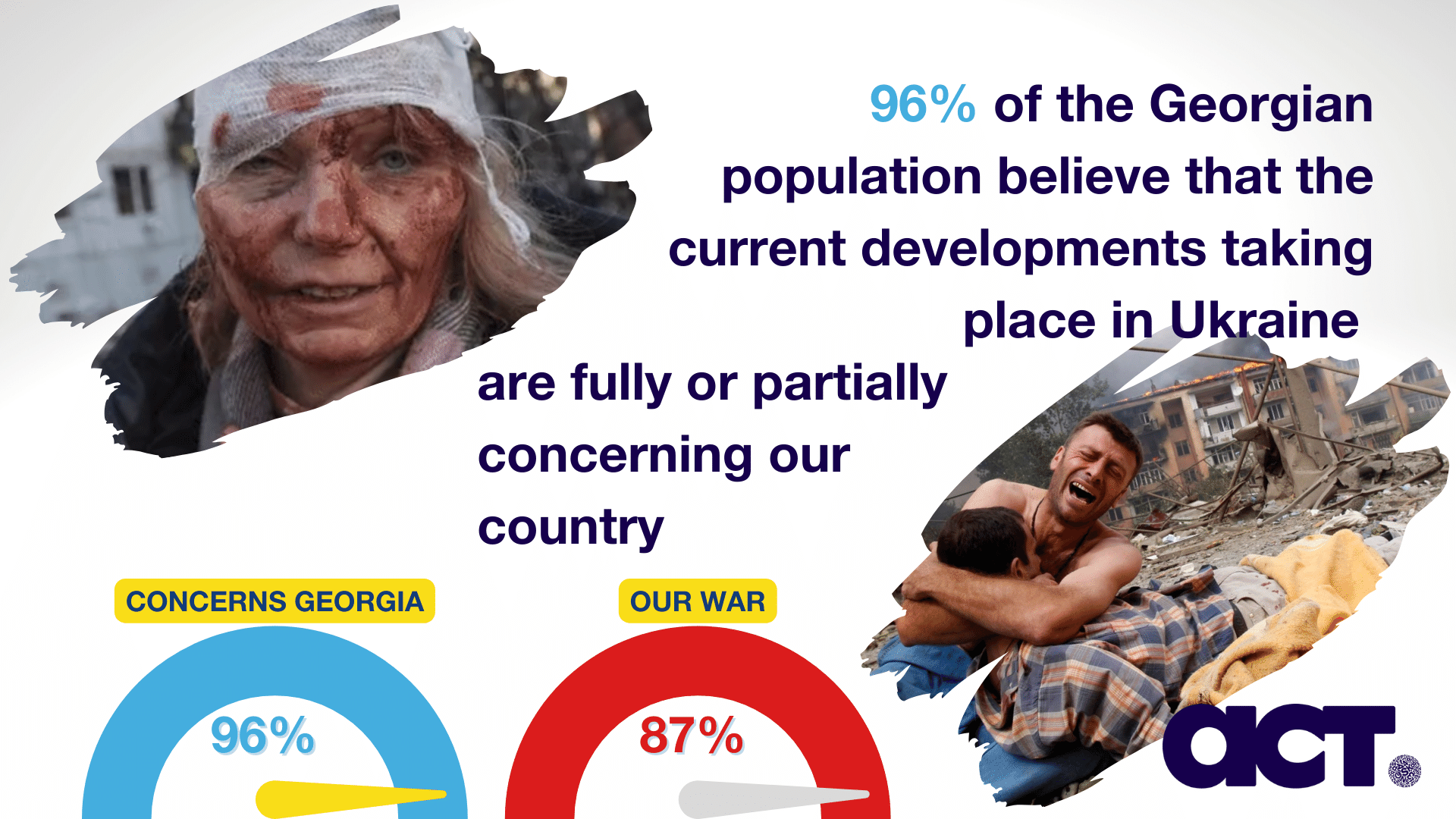 The more specified questions answered by the respondents with simply expressed agreements or disagreements showed that:

Half of the surveyed respondents (51%) expect the forthcoming problems from Russia in any case. In their view, "regardless of how events unfold in Ukraine, Russia may still invade Georgia." Russia does not need any extraordinary reason or favorable environment to invade the country with tanks. 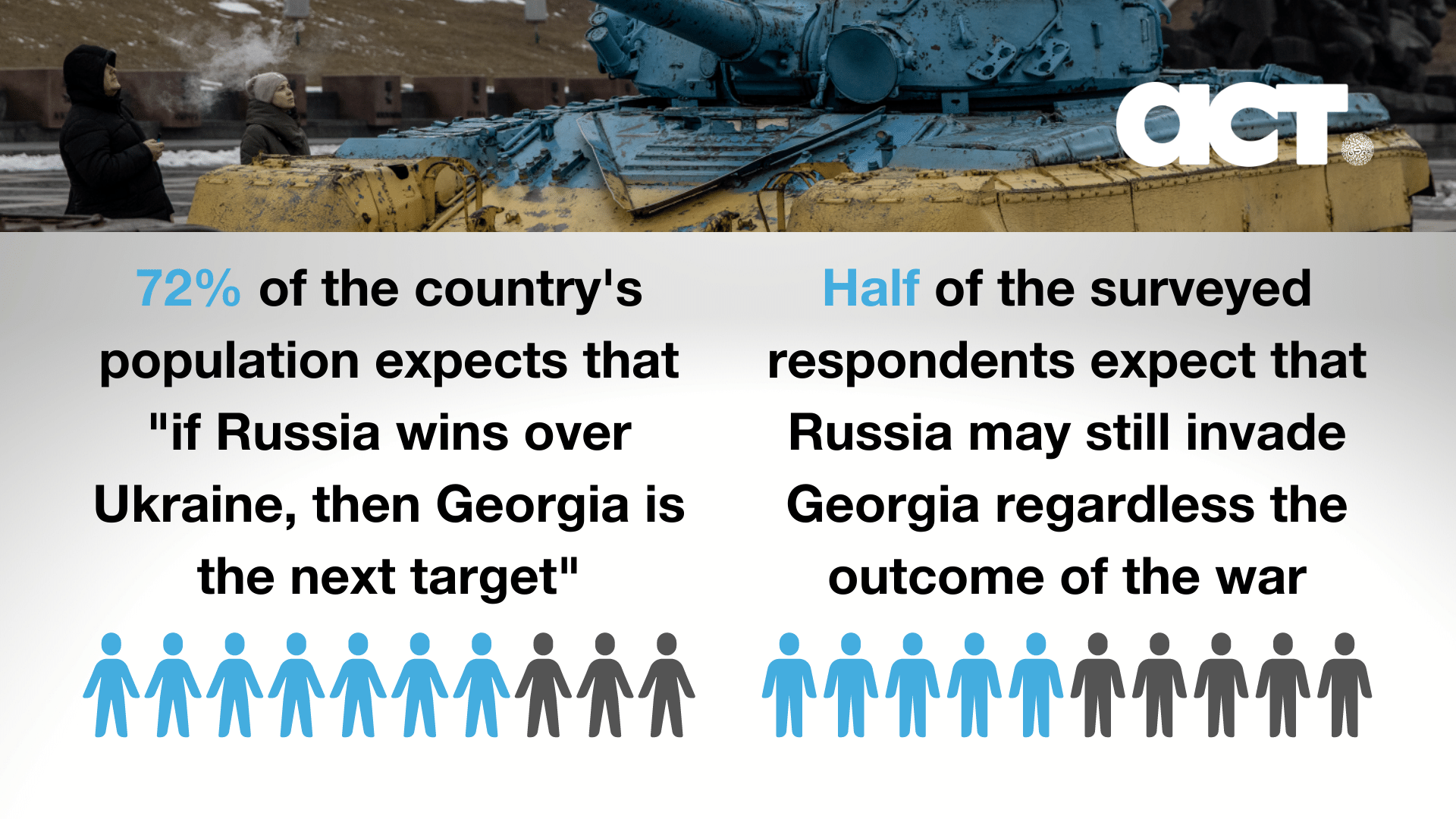 Georgian people are watching closely the hostilities being continued in Ukraine and are looking for glorious victory of Ukraine. Time will show to what extent the existing drive of the population may transform into adequate actions and attitudes, though the messages for decision-makers are completely clear and unambiguous.

Your message has been sent successfully